LALP Annual Alumni Reunions celebrate the impact of our GCL and ILG alumni. In 2020, both LALP Alumni networks joined forces to create their first joint annual event, “Building Community”  in response to the pandemic. In 2021, the networks of Georgetown’s University Latin America Leadership Program (LALP), organized their second annual reunion with the theme “Connecting to Transform”, in a hybrid format to accommodate for the pandemic. The opening session on November 12 was held virtually, and the remaining sessions took place in person in Panama from November 17 to 20, 2021. The events included sessions and webinars open to the public and events especially addressed to the Alumni, including networking sessions, and conversations with experts, among others.

The virtual opening session started with an inaugural plenary where participants heard from Ricardo Ernst, Executive Director of the Latin America Leadership Program, and Samuel Lewis Navarro, former Vice President of Panama and representative of the host county. Both highlighted the importance of the GCL and ILG programs and their networks as a group of leaders who seek to generate change in Latin America.

“You are the generation called to make the changes in our entire region. A region that needs them.”

The meeting continued with a panel titled "Mental Health: Pre and Post-Pandemic", where the alumni heard about the benefits and consequences of the pandemic on the mental health of the population. They also discussed how to recover daily life routines in the adaptation to this new post-pandemic normality. The experts who participated were Greisy Trejo, in charge of psychosocial support at the IFRC, Matías Irarrazaval, WHO adviser on mental health issues, Marcela Larraguibel, mental health specialist, and was moderated by Ximena Luengo (ILG 2014) and Gabriel Rebollón (GCL 2017).

Before the closing of the plenary session, the 2021 Impact Awards were presented, a recognition by the Latin American Board and the LALP Advisory Committee to alumni projects that have had a significant impact in the region. Kenneth Gent (Chile) was awarded the 2021 GCL Impact Award for his initiative “Plan País, Aprendo Jugando” and Juan Fernández (Venezuela) with the 2021 ILG Impact Award for his project “Zero Hunger in Miranda, Venezuela”. Finally, the new authorities of the GCL alumni network were announced, with Carina Silva as the newly elected president.

Throughout the remaining four days of the meeting, a wide range of events was held, including “LATAM in Focus: A View from the Inter-American System", a conversation with Luis Almagro, Secretary General of the Organization of American States (OAS).

"Sustainability as a Transformation Engine" focused on discussing how spaces in the private sector can make a difference through the creation of public value and the generation of long-term sustainable opportunities. The conversation was moderated by Lucas Peverelli (ILG 2015) and included the participation of Dionisio Gutiérrez, businessman and President of Fundación Libertad y Desarrollo, Guillermina Maier, Global Director of Human Resources and Corporate Affairs of San Miguel, Mirta Martinez, General Manager of the Sustainable Finance Table of Paraguay, and Jackie Souter,  Marketing and CSR Manager at Banco General (GCL 2010).

In the event "Actions and Actors for a Post COVID Economy", representatives of the private, public, and civil society sectors discussed the new economic challenges facing the region and the measures that the public and private sectors have developed. Romina Sarmiento, President of the ILG Alumni network moderated this conversation with the participants: Ana Maria Fergusson, Vice-President of the Bogotá Chamber of Commerce, Fernando Yunes Márques, Mayor of Veracruz, Mexico, and Santiago Ramos, President of the National Food Bank Network in Argentina.

Through "Democracy and Fundamental Institutions in Latin America" ​​the alumni heard about the importance of democracy for development in Latin America, the challenges that the pandemic brought for democracy and institutional transparency, among other related topics. The leaders and analysts of Latin American politics that participated were Pedro Mario Burelli, Managing Director B+V Advisors LLC, Walkiria Chandler, an independent representative of the Republic of Panama, and Dolida Mora, President of AUN Nicaragua. The conversation was moderated by Pedro Urruchurtu (GCL), Vice President Red Liberal de América Latina (RELIAL).

This annual meeting closed with the workshop "Tools for a New Leadership Profile" where Diane Garza explained the tools that today's leaders need to face the new challenges of today. With an annual agenda set for 2022, both networks will meet again to celebrate 25 generations of LALP Alumni at Georgetown University. 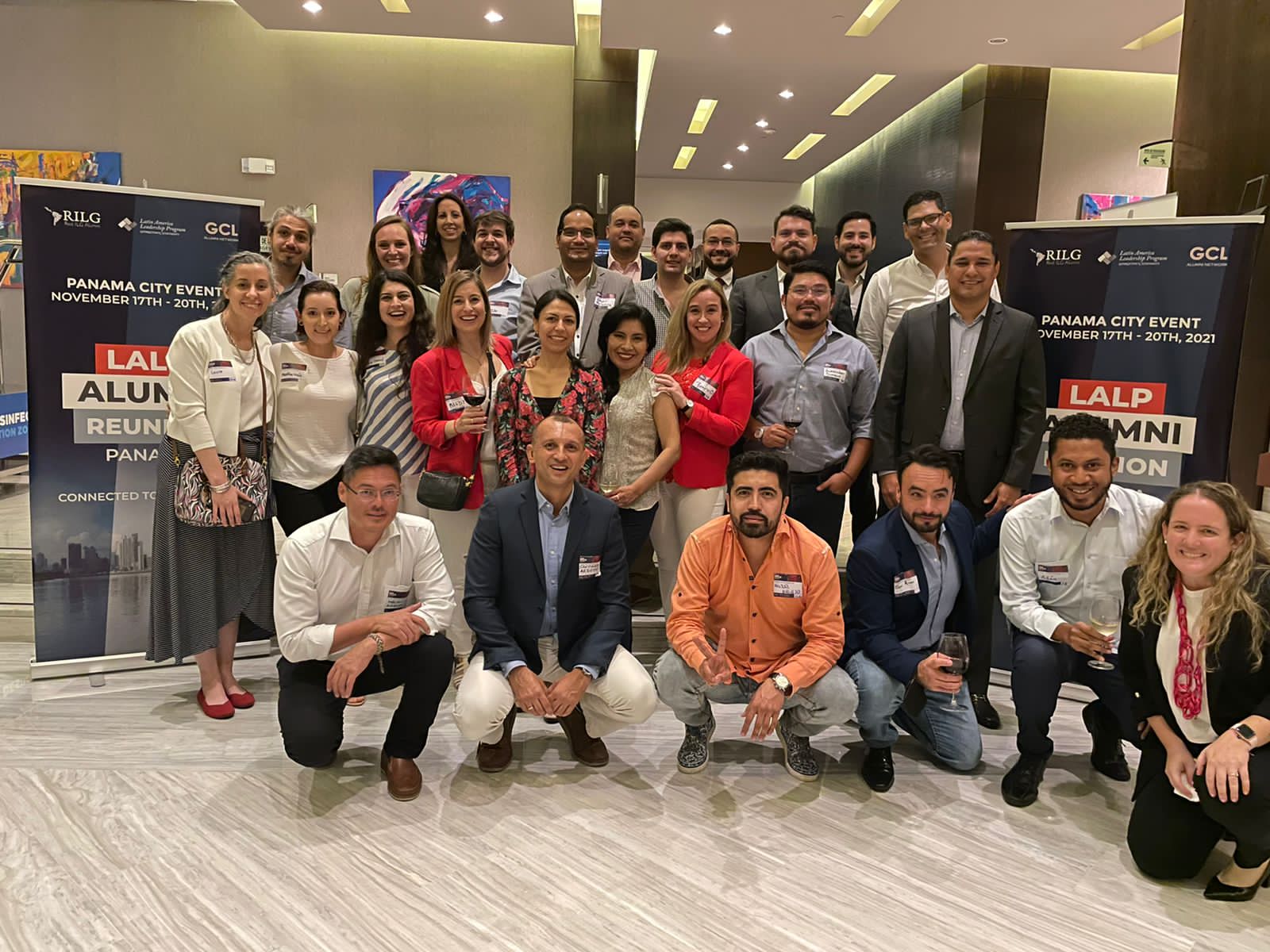