The paralysis of economic activity has particularly hit sectors with a high labor force participation of women, such as the tourism and services sector (accommodation, food), as well as small businesses and industries that are susceptible to interruptions in demand. . Not only are women receiving a greater number of layoffs, but those who lead SMEs are also receiving a greater impact from the crisis, counting on the fact that around 45% of female entrepreneurs lead single-parent families, so the scope of the impact it also affects people who are economically dependent on their income. All of which, together with the exacerbation of care work, causes a greater complication for their reintegration into the labor market.

It is imperative to promote that in the period of economic reactivation, women can return to the labor market under equal conditions. There are data that show the important contribution that women make to the economic growth of the countries. Before the crisis, and according to IMF data, closing the gaps in labor participation rates between men and women was calculated to add 35% to GDP. In addition, there are sectors that are mainly occupied by women, and their participation and leadership is essential for the economy, reactivation, and regional competitiveness of the Americas.

What impact could the accentuation of the gender labor gap have on regional competitiveness and human and sustainable development in the region? How should the states and the private sector of the region respond to the challenges of this new crisis, ensuring the reintegration of women into the labor market in the economic reactivation? How to continue to encourage women's leadership in decision-making after this pandemic, especially in the productive sector?

On these issues, we will seek analytical perspectives that contribute to decision-making around the economic reactivation of the region to ensure that women are not left behind.

This conversation will be in Spanish.

Alejandra Mora Mora, Executive Secretary of the CIM. Jurist, feminist, researcher, Costa Rican politician, and activist for women's rights. Minister for the Status of Women, President of the National Institute of Women (INAMU) from 2014 to 2018 and Director of the Ombudsperson Office for Women of the Office of the Ombudsperson of Costa Rica until August 2019. She has a law degree from the University of Costa Rica (1989) and completed specialization courses at the University of Lund and Raul Wallenberg in Sweden in 1997. She obtained her Masters Degree in Constitutional Law from the State Distance University of Costa Rica in 2004 and a Postgraduate degree in Human Rights from the University of Chile in 2007. Author of a book and multiple articles on women's human rights. Alejandra Mora Mora began her work as Executive Secretary of the CIM/OAS on August 16th 2019.

Mercedes D'Alessandro is an economist (Ph.D., University of Buenos Aires, Argentina). She is the first National Director of Economy, Equality and Gender at the Ministry of Economy of Argentina. She has served as the director of the Political Economics program of Universidad Nacional de General Sarmiento and taught Epistemology of Economics at the UBA for more than 10 years. In 2015, she launched the site Economía Femini(s)ta (2015), where she discusses economic issues with a gender perspective for a general audience. In 2018, she founded a nonprofit organization with related goals and led multiple high-impact initiatives. She wrote a book, "Feminist Economics," published first in Argentina (2016), now in its 5th edition and published in Mexico and Spain, and available in Chile, Uruguay, and Colombia.

Ana Tribin is a public policy specialist at UNDP-LAC. She is a graduate of the Universidad Javeriana in Bogota and holds a Master's and a Ph.D. in economics from Brown University. She previously worked at the Colombian Central Bank as Senior Research Economist and as the President´s High Commissioner for Women’s Equality with the Colombian Government. Her areas of research are gender, political economy, and development economics. She is the author of several papers published in international and national books and journals (World Development, Feminist Economics and Journal of the European Economic Association, European Journal of Political Economy) and a book editor.

If you are interested in attending this webinar, please RSVP here at least 24 hours in advance so we can send you a Zoom webinar link; it will also be live-streamed via YouTube on this page.

You can submit your questions in advance at lalp@georgetown.edu indicating in the subject line “LALP Webinar Series.” Accommodation requests related to a disability should be sent to lalp@georgetown.edu by October 26, 2020. A good-faith effort will be made to fulfill requests. A captioned version of this presentation will also be made available shortly after the event on this page 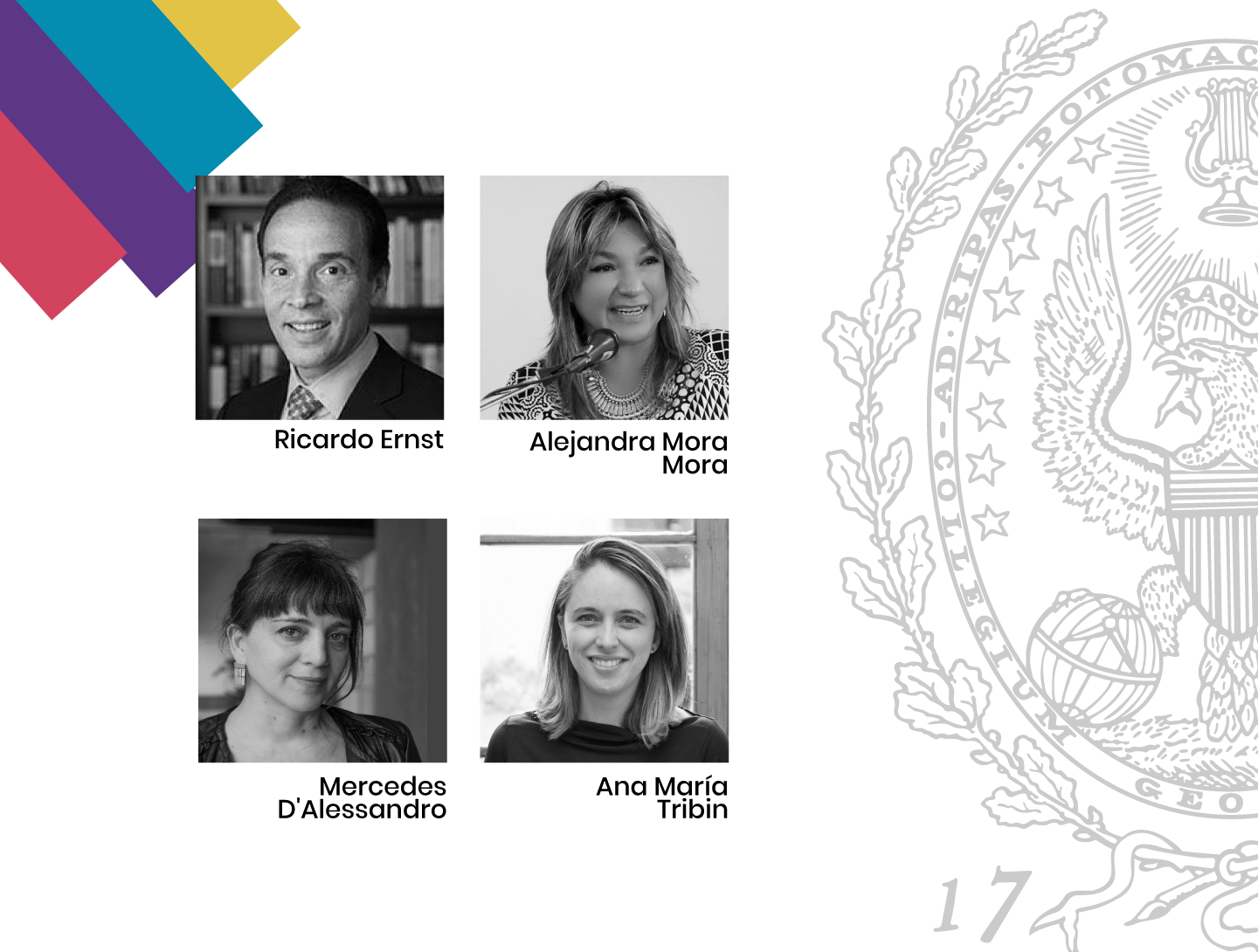 Panelists of the webinar Reducing the Gender Gap