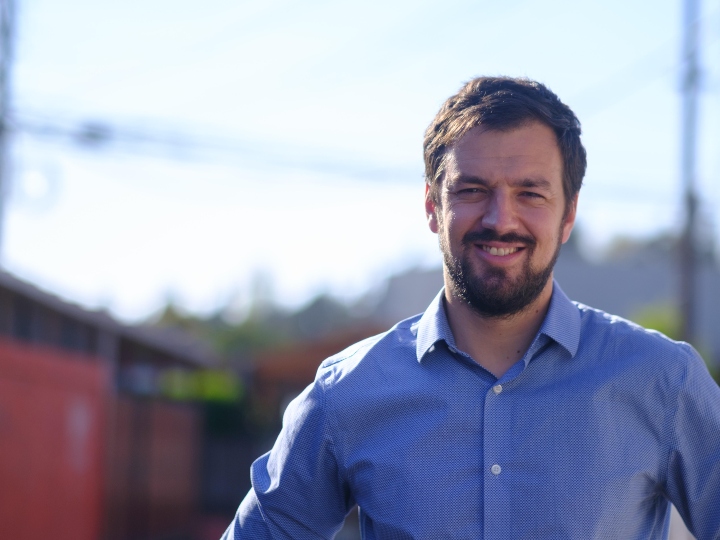 We spoke with Tomás Vodanovic, mayor of Maipú, who was the most voted mayor elected in Chile, about his challenges in this new position.

What prompted you to run as a candidate during the particular social context in your country?
I was encouraged by the possibility of generating a positive change in people's lives through collective realization and public policies. As citizens organize themselves and demand changes, it is essential that the State guarantees their rights and advances values such as gender equality and caring for the environment.

In this way, my candidacy was the opportunity to lead a project of political change in my territory. As a candidate, I can have an impact on public policies and better people's lives.

What are the future challenges in a commune like Maipú?
The future challenges are showing that life can be improved when politics serves the people and is capable of transforming realities through public management. Today, we have this specific opportunity in effecting change at a municipality level, which is the closest State institution, since it directly manages all local aspects of education, health, and safety programs, among many other areas.

On the other hand, it is also important to mention the size of the impact. Maipú is the second-largest community in Chile, with more than 500,000 residents, so the scope of potential impact is vast. In addition, my team and I were the most voted mayor's office in the country, so we share a great responsibility in serving well all the people who trusted in our project.

At what point did the Latin American perspective you acquired through the GCL program and network help you?
We live in a continent whose countries suffer from very similar social problems, of great inequality and that, unfortunately, has had governments that have failed the citizenry and have generated despair in the population.

Having that common diagnosis allows us to give universality to our work, understanding that these are shared paths and that we all have to build in the same direction.

In that sense, having been part of the Georgetown experience, and having worked in other Latin American countries was key for me to expand my networks on the continent and learn about others' experiences in public policies, as I strive to strengthen ties and solve social problems through innovation and collaboration.