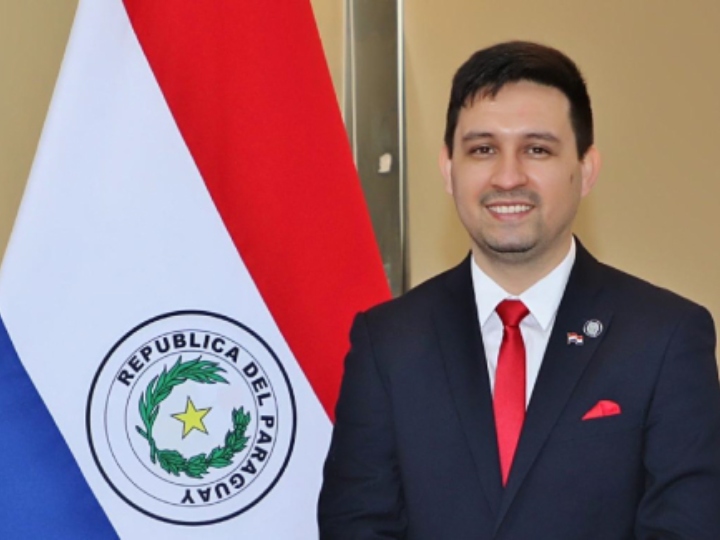 The President of Paraguay, Mario Abdo Benitez, appointed Édgar Abdon Colman Miranda, 33, ILG 2019, as Minister of Youth. Colman is replacing Felipe Salomon, who recently resigned. The new Minister expressed his commitment to work together with other ministries to articulate and generate greater opportunities for young people throughout the country.

​I assume with great commitment the great challenge of representing Paraguayan youth. (We need to provide) more opportunities, greater relevance, and better tools for our young people"

Now Paraguay’s Executive Secretary of Youth, Colman has a degree in Marketing and Advertising Engineering from the American University, a master's degree in Political Affairs and Governance from Columbia University, and participated in the ILG 2019 at Georgetown University. Until his appointment as Paraguay’s Minister of Youth, Colman was National Director of Entrepreneurship (DINAEM) of the Vice Ministry of MIPYMES Ministry of Industry and Commerce.

Colman has previously worked for the Municipal Board of Coronel Oviedo. For many years, he was a Communication advisor and assistant to former deputy Blanca Duarte Frutos, the sister of former president and current head of the Yacyretá Binational Entity, Nicanor Duarte Frutos. He was responsible for the implementation of the LAW 6480 which creates “Empresas por Acciones Simplificadas (EAS)” in Paraguay, worked as a Commercial and Marketing Manager at “D Shopping Coronel Oviedo” for Grupo Byspania. He was a professor at the National University of Caaguazu, American University and San Lorenzo University. Colman is also the Founder and Director of the Centro Ovetense de Voluntariado (COV) and has worked as a volunteer at Techo, Operation Smile, WWF, Save the Children, among other organizations.