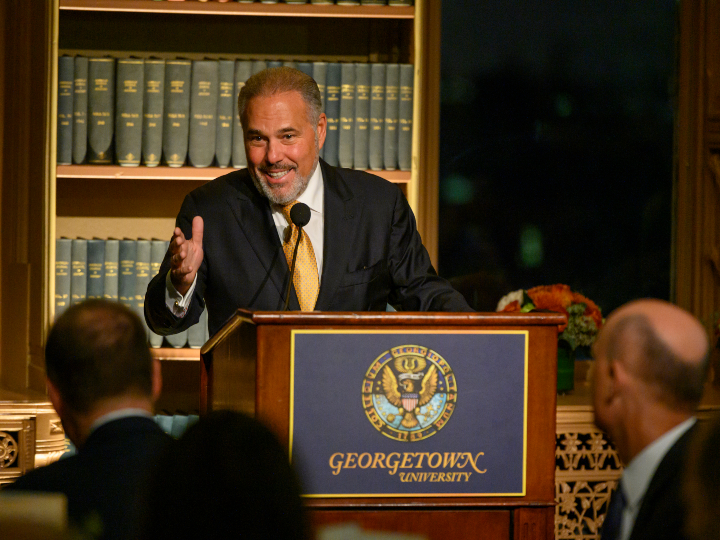 President DeGioia took this opportunity to talk about the important and historic relationship of Georgetown with Latin America and thanked departing Chairman, Samuel Lewis, for his extraordinary commitment to strengthening these ties. President DeGioia also acknowledged the important work of all Latin American Board members whose role has been vital in helping to ensure that Georgetown's ongoing engagement with the region continues to grow in deep and meaningful ways.

Samuel Lewis Navarro (B'79, P'18) joined the Latin American Board in 2010 and from 2015-2019 served as Chairman of the Board. First vice president and foreign minister of Panama from September 2004 to July 2009. He is a businessman, politician, and author of essays and articles about the political, economic, and social development of Panama. Former president of multiple companies such as Empaques de Colon, the ELE Group, Northsound Corporation, Red Crown Corporation, and Calder International, Lewis has served on the boards of various industrial, real estate, farming, and investment companies.

Samuel Lewis will continue to serve on the Board as an honorary member. The Board elected Manuel Balbontin as the new Chairman of the Latin American Board.