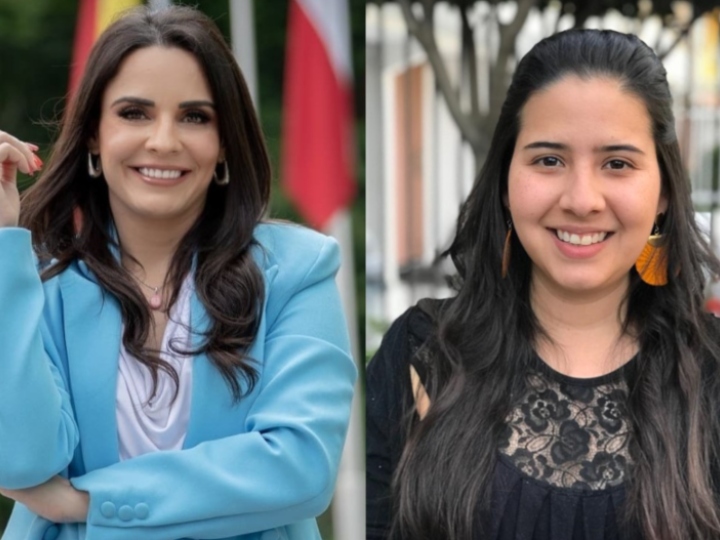 Global Competitiveness Leadership (GCL) program alumni Olinda Salguero and Vanessa Castro were named in Forbes Magazine's 100 most powerful women in Central America and the Dominican Republic. This group of protagonists of change in gender equality in the region is making a difference at the national and international level in politics, business, economy, technology, science, sport, art, entertainment, human rights and justice.

Salguero, (GCL, 2016, Guatemala), was praised for the impact she has created within the economy as the social communicator, activist and current Chief of Staff of the General Secretariat of the Central American Integration System (SICA). Appealing to peace and development in the Latin American region, Salguero has contributed to the Foundation for Ecodevelopment and Conservation through her work based on research and collective intelligence to unify and recognize nations, promoting crucial issues in the region.

Castro, (GCL, 2016, Nicaragua), was commended within the technology sector as the co-developer of the Travail venture, a recruitment and incorporation human resources technology company that facilitates the employment of part-time talent with flexible hours to companies through an on-demand application. In 2020, Travail won the fourth edition of the Yunus BCG Social Entrepreneurship Award from the global business consultancy Boston Consulting Group and the MIT Global Business Startup Competition in 2019.

The advancement of gender equality is realized within relationships and systems of power. Although there is still a long road ahead, the positions of power that these 100 women have earned are crucial first steps towards equality in the region. Georgetown University's Latin America Leadership Program is proud of the well-deserved recognition of Olinda Salguero and Vanessa Castro among these powerful women, all of whom have worked and contributed to generate positive change in the region. Their achievements, especially in the face of the obstacles presented by the pandemic and the setbacks it has created for female empowerment, are shining examples of the multiplier effect of the Global Competitive Leadership (GCL) program creating impact in local settings and in national and international communities.