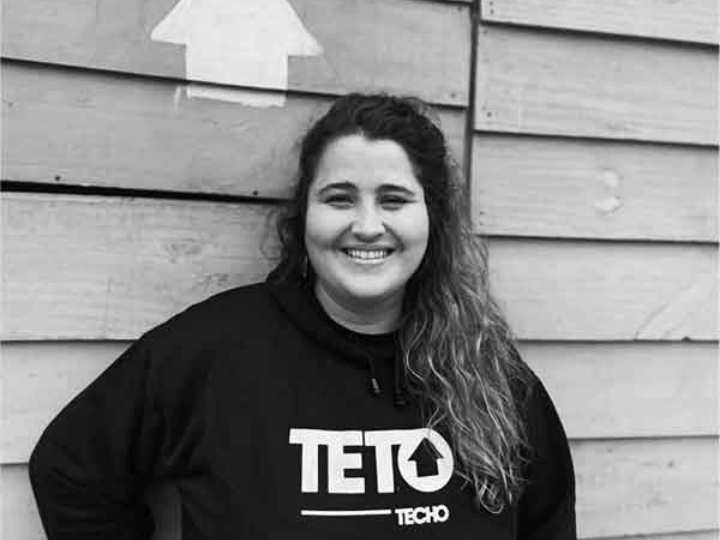 Camila Jordan (GCL 2021, Brazil), Executive Director of Teto Brasil, was selected as one of the 500 most influential people in Latin America by Bloomberg Linea.

Camila Jordan is an environmental engineer, urban planner, and public policy researcher. She is currently the Executive Director of Teto Brasil, a non-profit organization present for more than 15 years in Brazil that guarantees the right to housing in favelas through social programs. Teto operates in more than 50 communities in metropolitan regions throughout the country, where it has built more than 4,587 emergency homes and more than 178 community projects.

We work to build a fair and poverty-free country. In association with the international organization TECHO, which is present in 18 countries across Latin America, we have worked in Brazil for more than 14 years, mobilizing volunteers to work side by side with residents in precarious communities spanning different states and regions. Together, we build concrete and emergency solutions that provide improvements in the housing and habitat conditions of these territories.-Teto Brasil

The Latin America 500 list aspires to identify those leaders in the region who are making a significant impact in Latin America, either by creating jobs, investing, or leading initiatives that are actively contributing significantly to the economic and social recovery of the entire region.

Economic conditions have changed with the impact of inflation, as have the prices of raw materials, which are key for some economies in the region. The war in Ukraine created bottlenecks in supply chains, affecting the distribution of basic products. Another factor that has affected the economy has been the rise in interest rates by central banks, which has raised the cost of capital and access to credit. 2022 has also been a nightmare for many startups, as the so-called "tech winter" has reduced available capital. Still, Latin America has seen the emergence of new unicorns, proof that optimism in the sector remains.

From LALP, we want to convey our recognition to Camila for everything she has achieved from Teto Brasil to promote access to decent housing in Brazil. With her leadership, effort, and commitment, Camila demonstrates the values ​​of the Global Competitiveness Leadership program at Georgetown University, working with conviction and continuity for the common good of the region.