The Challenges of a Crisis: Colombia Today

In recent weeks, Colombia has been affected by a series of protests and mobilizations that have generated an unprecedented crisis in the country.

In response to our commitment to discuss the most current issues in the region, we wanted to have a frank conversation with the Colombian ambassador to the United States, Francisco Santos Calderón, who was the eighth Vice President of Colombia and has had a longstanding career in the public sector. He has been the Ambassador of Colombia in Washington since September 2018.

Our executive director, Ricardo Ernst guided the conversation by discussing the current challenges, crisis, and potential solutions. Panelists first covered some of the causes and triggers that have led to these protests, mainly the dissatisfaction of the Colombian population, especially the youth. Prof. Ernst also spoke about the role of media and social networks, the relations between Colombia and the U.S., and how to continue to strengthen Colombian institutions and democracy. Finally, Amb. Santos ended the discussion by stressing the need for dialogue to formulate concrete proposals that will reach common agreements that benefit the country and the region.

Representatives of our LALP alumni network, mainly those from Colombia, submitted pertinent questions for the Ambassador, conveying the voices of many young leaders in the region. LALP appreciates the commitment and involvement of our LALP alumni as they strive to contribute a positive impact and build a better region for all. 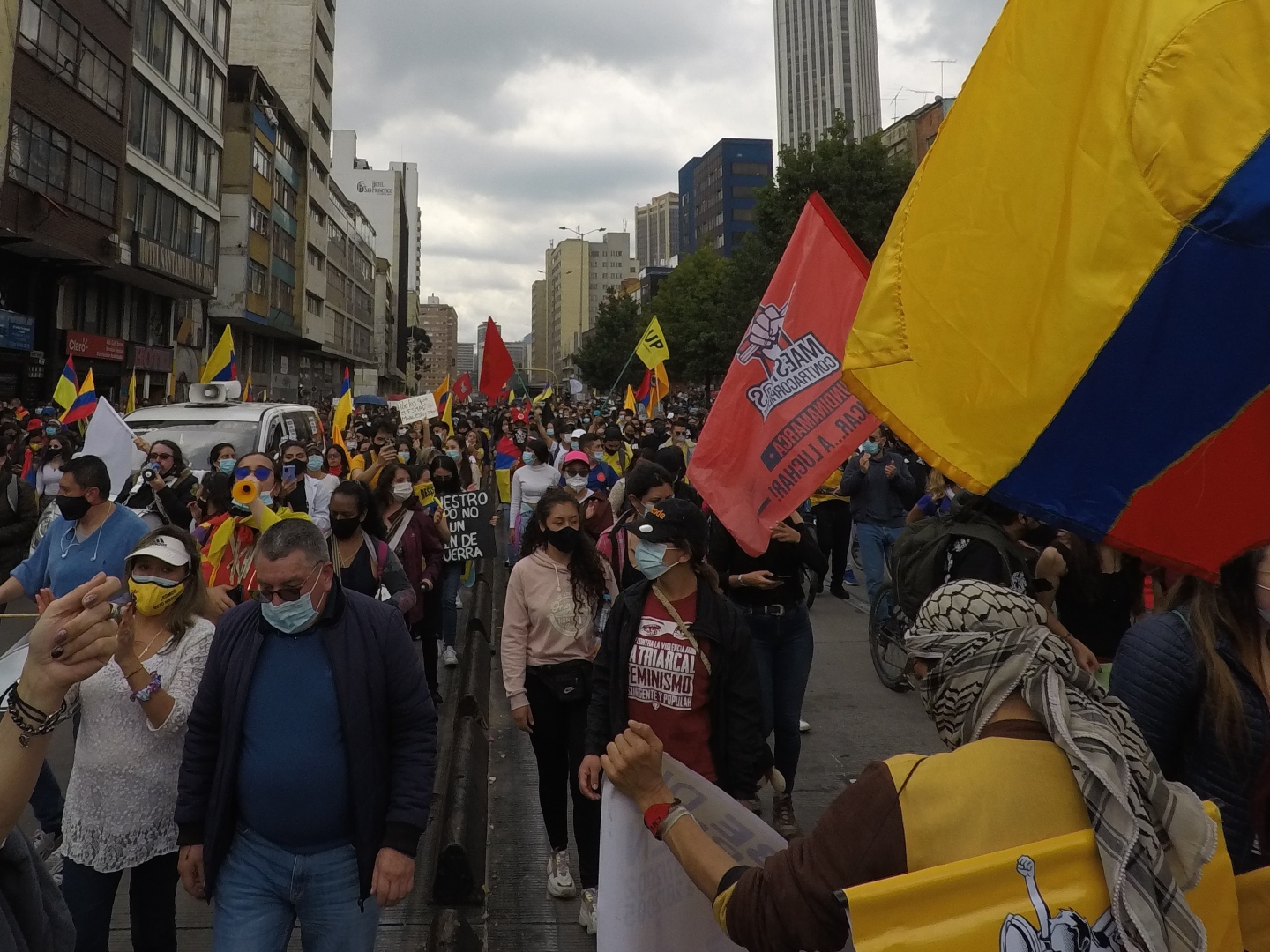 Protesters in the streets of Colombia

RSVP to The Challenges of a Crisis: Colombia Today