Lessons from a Presidency

A Conversation with Mauricio Macri, Former President of Argentina

Showing the Lessons from a Presidency Video

What are the obstacles faced by those who seek to transform a country? Change always faces enormous hurdles, yet in the face of such obstacles, is change possible? And, if so, how? For many decades Argentina has been trapped in a cycle of high inflation, debt restructurings, economic stagnation, and deteriorating social conditions. Former president Mauricio Macri was elected with an agenda to strengthen democracy and rule of law, stabilize the country’s economy, generate investment and job opportunities, and build a more transparent government. Through his efforts, Argentina regained its role as a leader in the region, hosting the G20 meetings and coordinating the regional response to a number of hemispheric crises. In this talk, Macri discussed the lessons and experiences of his terms as president of Argentina from 2015 to 2019, as well as the challenges of modernizing the country, rejoining the global economy, and promoting private sector investment, jobs, and innovation. Alejandro Werner, founding director of the Georgetown Americas Institute, provided introductions. Diana Kapiszewski, associate professor in the Department of Government at Georgetown University, moderated the discussion.

Mauricio Macri served as president of Argentina from 2015 to 2019 and was the first South American president to host the G20 summit. He began his political career in 2003 when he founded the political party Commitment for Change, which provided the foundation for the successor party, Republican Proposal. In the 2005 congressional elections, he won a post as a national deputy and then became the mayor of Buenos Aires in 2007; he was re-elected as mayor in 2011. In addition to his political career, Macri was the president of Boca Juniors, Argentina’s most popular association football (soccer) club, for 12 years and received FIFA’s "Living Football Award" for his role in contributing to the growth and development of the game of soccer. Currently, he serves as Spring 2022 Senior Leadership Fellow at the Florida International University’s Adam Smith Center for Economic Freedom. Macri trained as a civil engineer at the Pontifical Catholic University of Argentina and attended Columbia University for business school.

Diana Kapiszewski (moderator) is an associate professor in the Department of Government at Georgetown University. Her current work examines judicial politics and the uses of law in Latin America. Her first book, High Courts and Economic Governance in Argentina and Brazil (2012), which received the APSA Law and Courts Section's C. Herman Pritchett Award, explores high court-elected branch interactions over economic policy in Argentina and Brazil in the post-transition period. Her work has appeared in Latin American Politics and Society, Law and Social Inquiry, Law & Society Review, Perspectives on Politics, and PS: Political Science and Politics. Kapiszewski received her Ph.D. in political science from UC Berkeley in 2007.

Alejandro Werner (introductions) is the founding director of the Georgetown Americas Institute and a non-resident senior fellow at the Peterson Institute. He recently completed almost nine years as director of the Western Hemisphere Department at the International Monetary Fund. Prior to that appointment, he rose to undersecretary in Mexico’s Finance Ministry and taught at leading universities in Mexico, Spain, and the United States. He earned his Ph.D. in economics at the Massachusetts Institute of Technology in 1994.

Governance and the Rule of Law 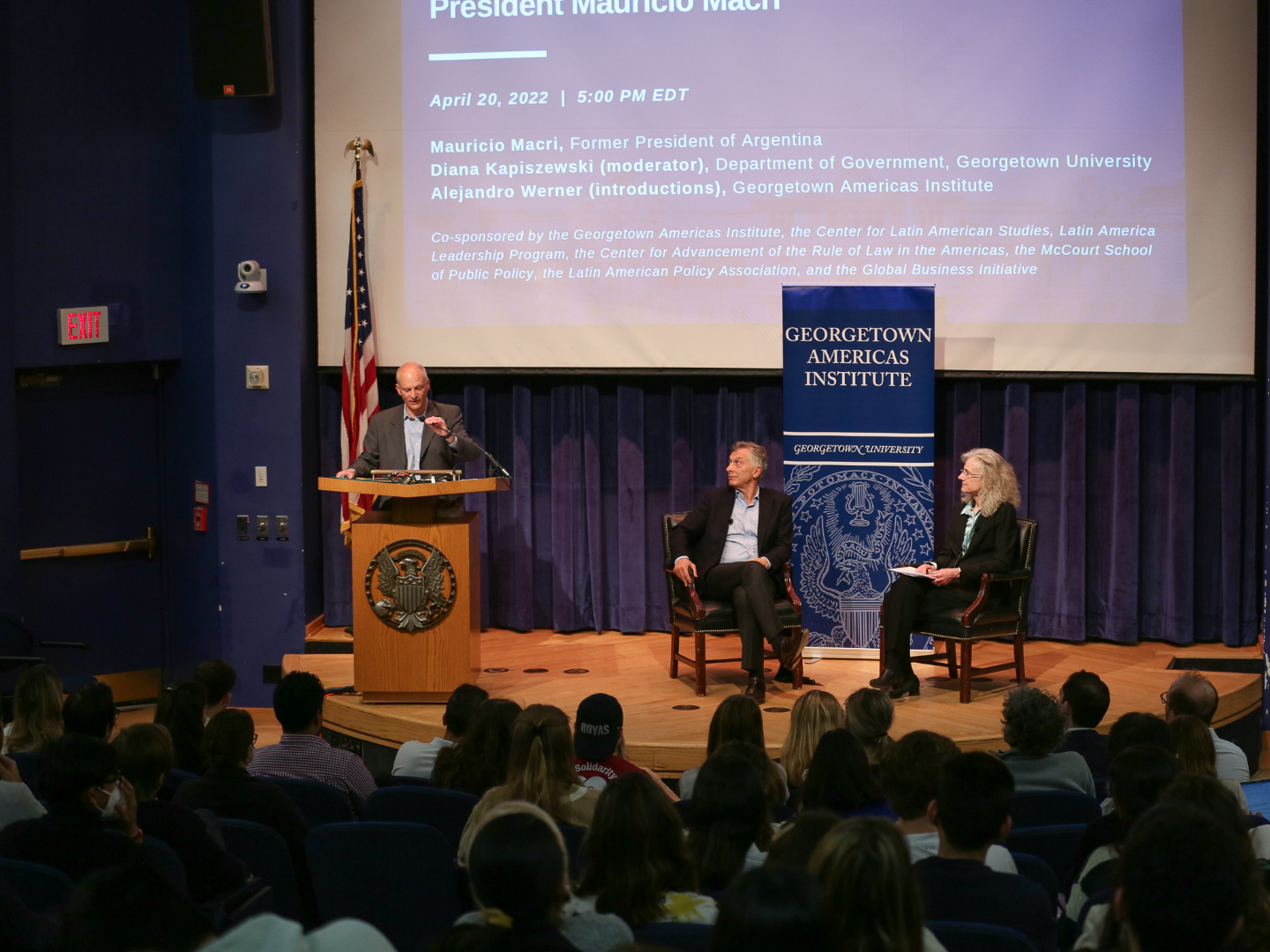 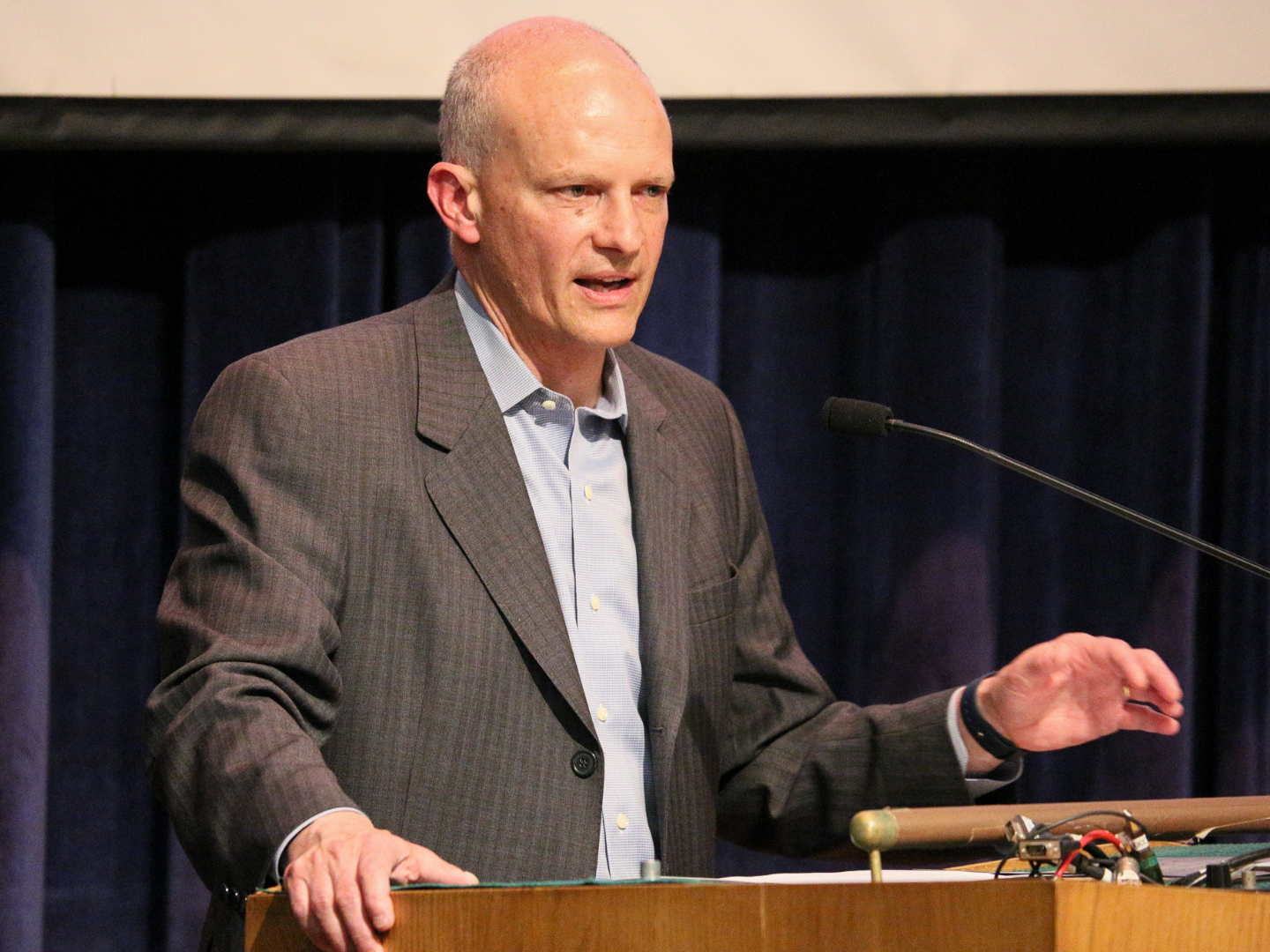 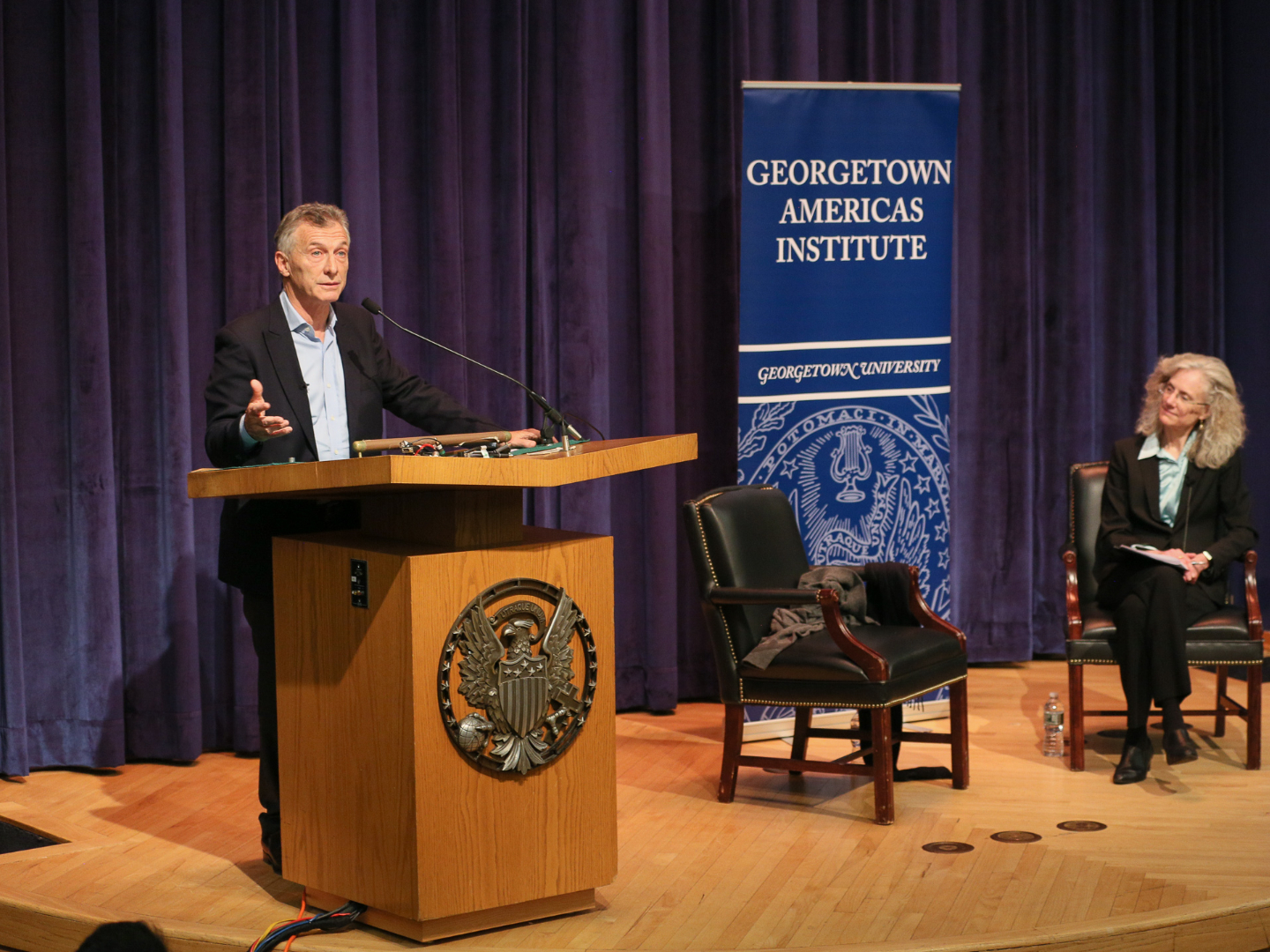 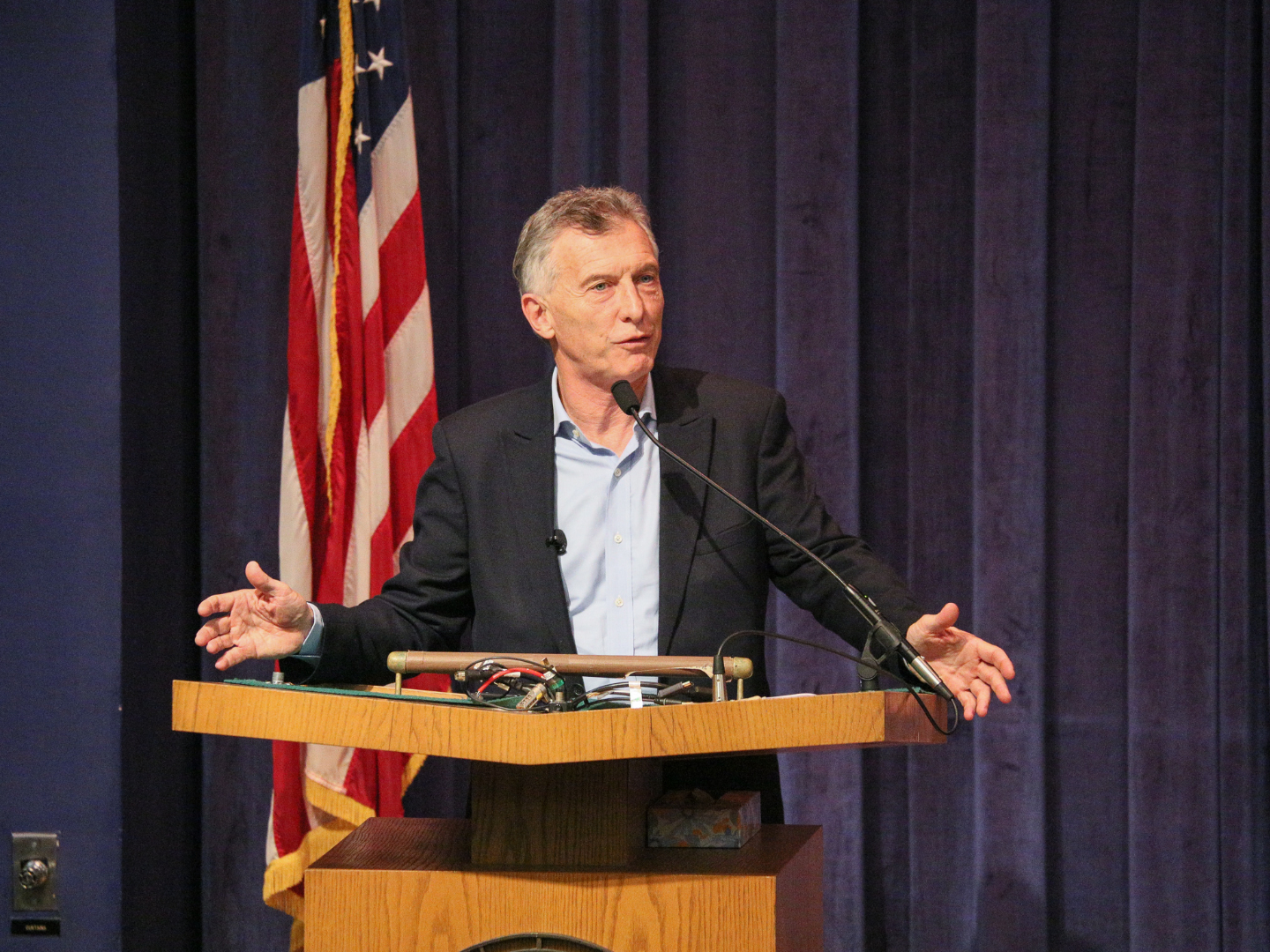 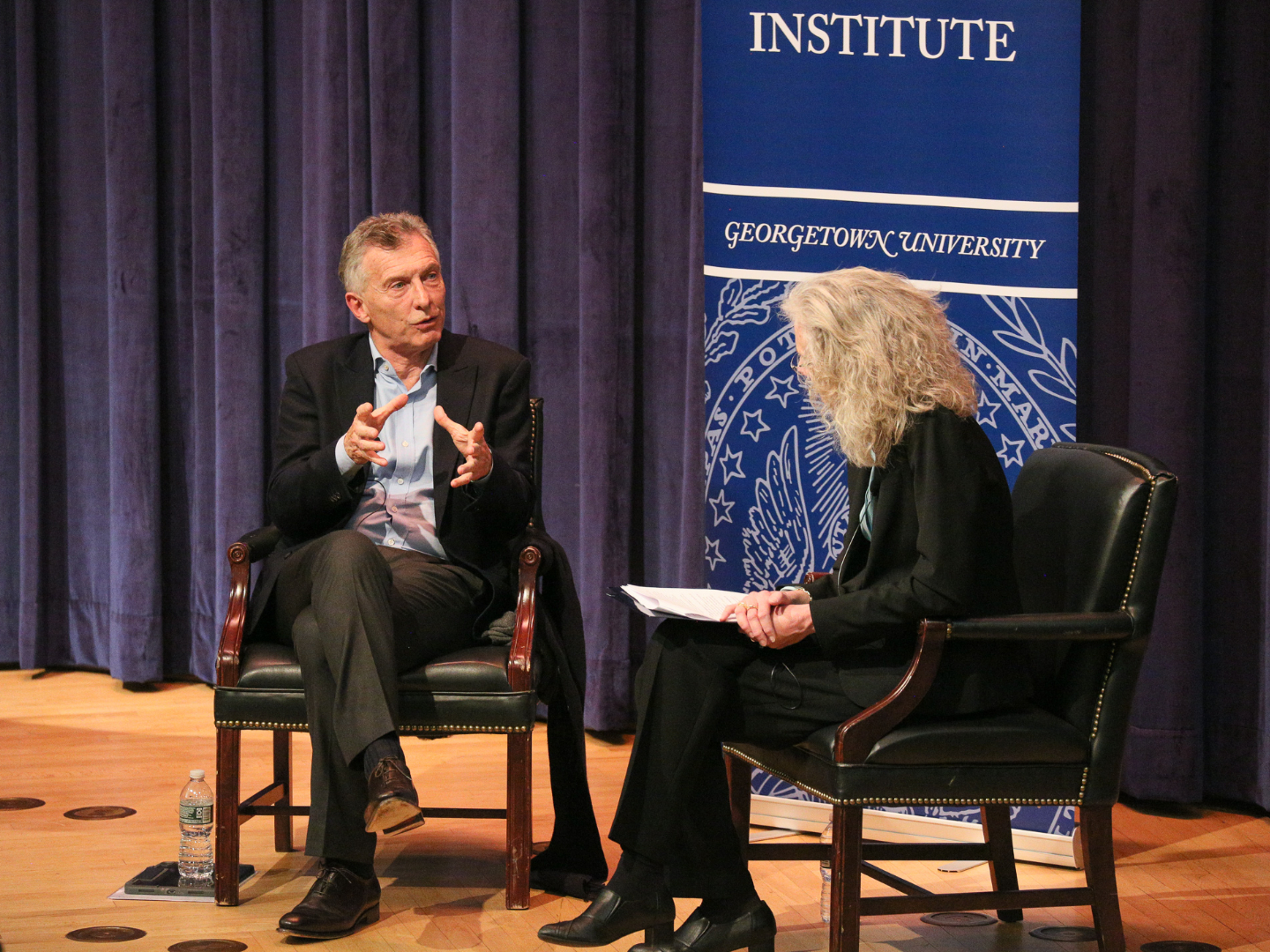 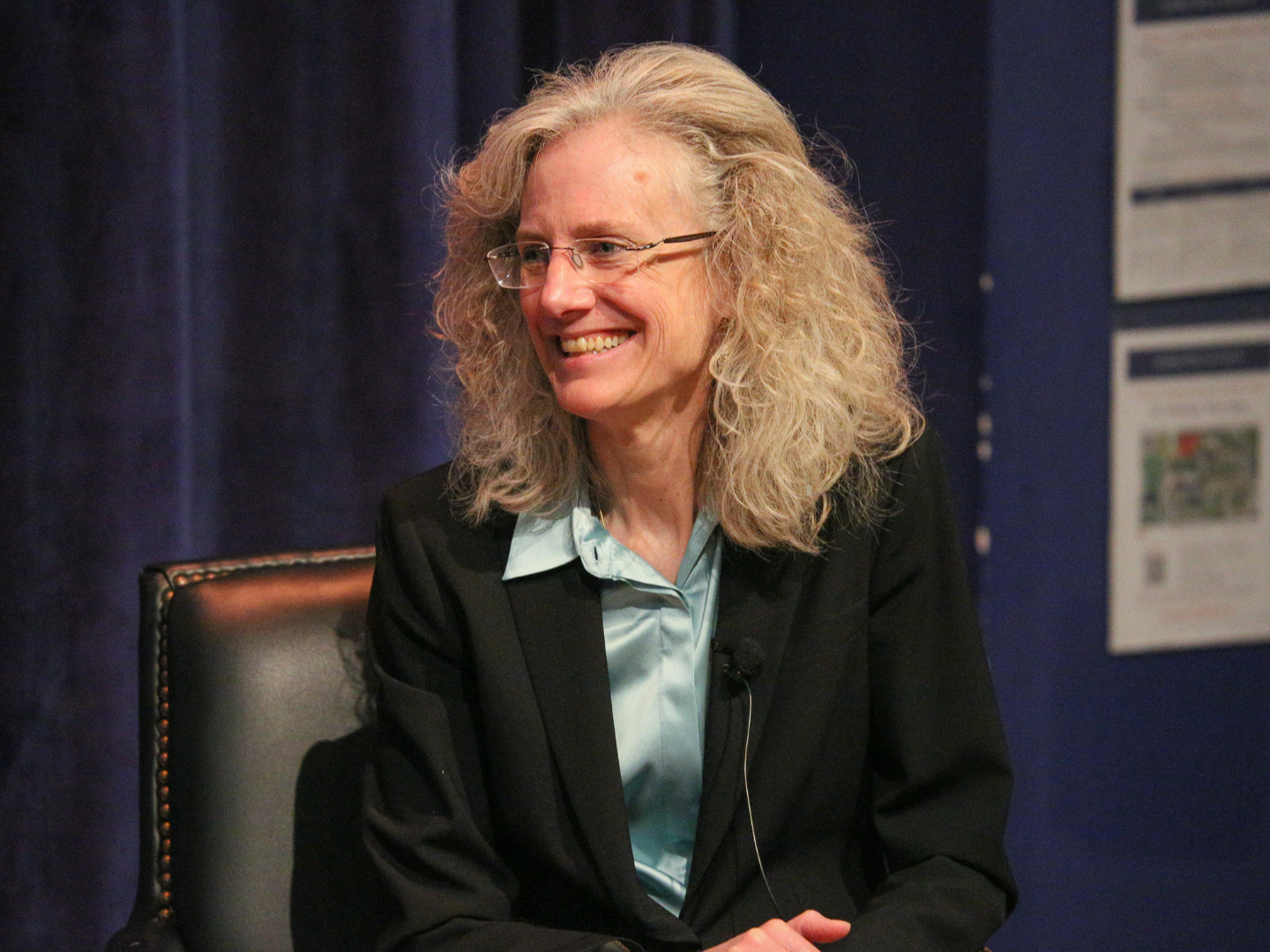 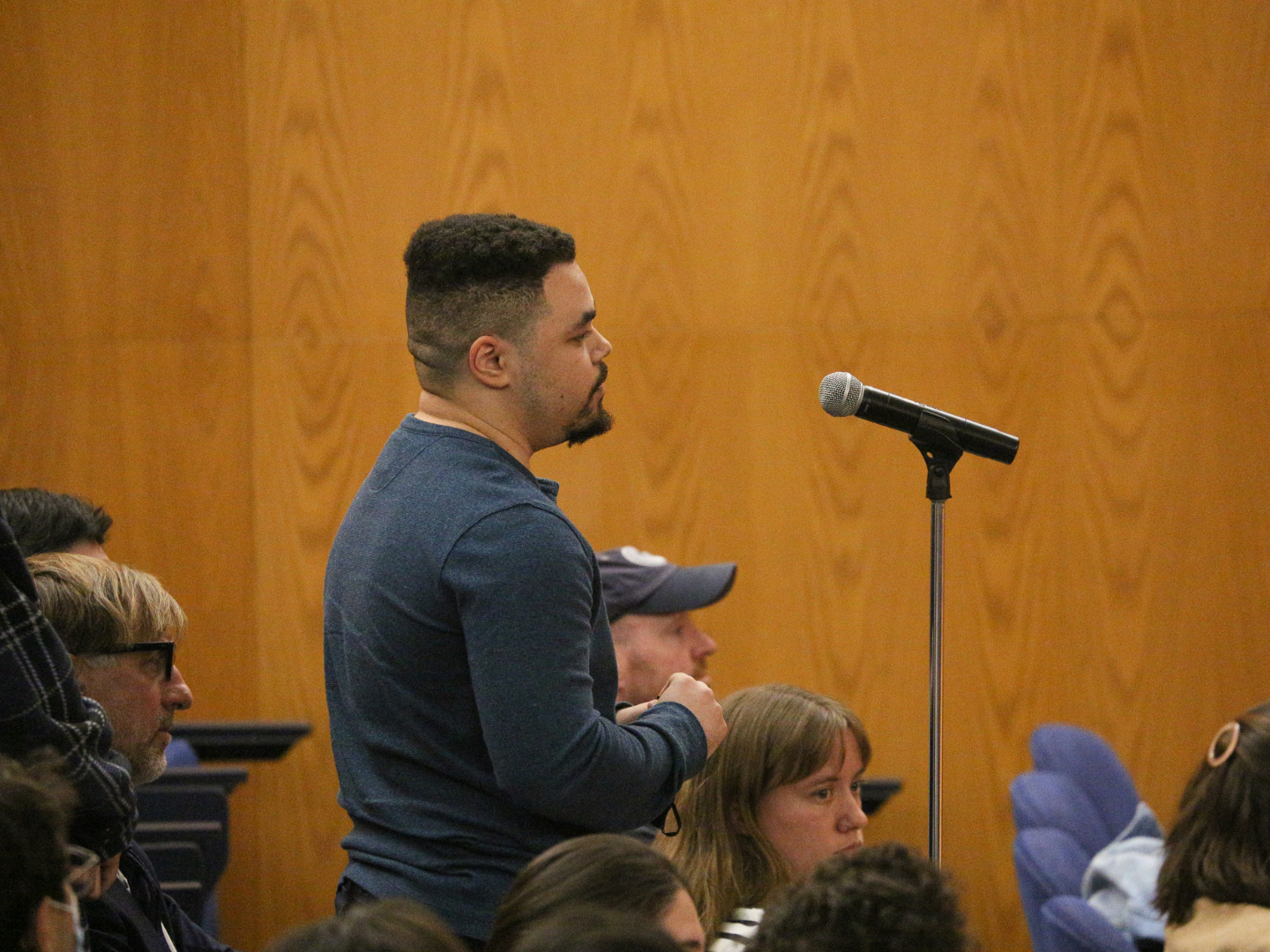 A student from the audience asks a question of Mauricio Macri

RSVP to Lessons from a Presidency